Prototyping a mobile app entails creating a model version of the final product. Designers can utilise mobile prototypes to understand how to create concepts and imagine how people will engage with one another. 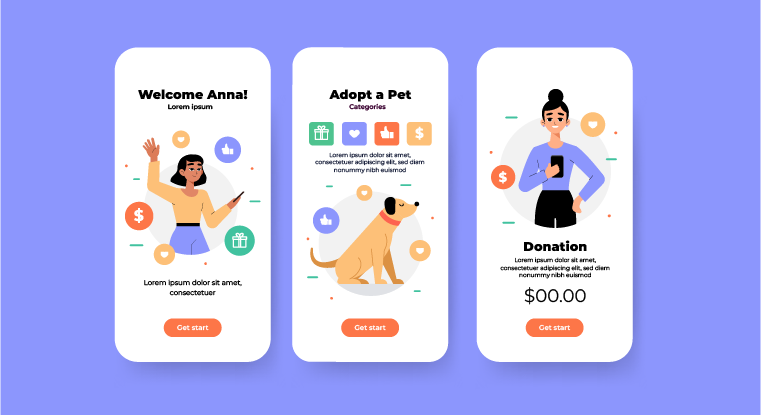 Mobile apps prototyping involves the creation of a model version of an actual app product. Developing an app is quite an expensive and time-taking procedure. But with the wide range of mobile phones and their screen sizes, prototyping mobile app has become a crucial part of an entire design and engineering process. Even then, it is still easier and quicker to get a prototype redesigned than re-engineer a final product.

However, an app mockup or prototyping stage is crucial for the app design phase for mobile applications. Thus, if you are a developer desiring to create highly interactive mobile app prototypes, this guide will assist you by explaining good wireframe tool.

What is Mobile App Prototype?

With the availability of numerous mobile devices in the smartphone market, the effective functioning of a product on your screen becomes a must, including tablets and smartphones. Mobile prototypes allow designers to know how to design concepts & envision how users will interact with one another. Thus, that simply says that a mobile app prototype demonstrates the functionality and aesthetics of a final product.

Why Create Prototypes for Mobile Apps?

One of the reasons for creating prototypes with prototyping software your mobile app is to test and validate ideas. This is a stage where the engineering department experiment with different ideas, does some out-of-the-box thinking and imaginative designs. This is usually a fun, exciting part of mobile prototyping.

Another one is for usability studies. This allows teams and designers to carry out tests on the user flows, interactions, screen layouts, the level of accessibility, and the experience of users. This approach enables a designer to build a product that will meet the user’s needs directly.

How to Create Highly Interactive Prototypes for Mobile Apps?

Ready to Create Highly Interactive Prototypes for Mobile Apps with MockFrame? Sign Up FREE for 10 users

1. Sketch Your Idea on Paper

Sketch is the low-fidelity wireframe, and the main goal for paper sketching, or let us say paper prototype, is to present an idea visually with a wireframe software. Here, there are no details or colors, or art. It is always simple, as it is all about having a rough visualization of your idea on paper.

Another benefit is that there is no experience needed to do this. All that is required is to understand the product you want to build. And finally, there is low or no cost attached to paper sketching. You can do this yourself just by spending some of your time visualizing your idea.

When your sketch is ready, then you create an interactive digital prototype. This prototype will be a digital blueprint of your app. While doing this, note that you do not have to go into details. This is not about getting a sophisticated design; rather, getting a clear app architecture and possible interactions.

Another advantage of creating a digital prototype is gathering relevant feedback easily. That is, digital prototype makes it easier to access potential users, potential industry influencers and collect relevant and sincere feedback. Having this kind of access may prevent you from making critical mistakes.

As said earlier, the digital prototype is a great tool to gather relevant feedback. Since it can be shared with people anywhere, it is a great tool for discussions and collaboration. However, you can also get some exciting features depending on the software you choose. For example, you could use the likes of InVision, which is a free professional prototyping tool that offers a good and rich library of UI elements that can be used as a tool to build a layout for a mobile app. Other tools you can use include; Principle, Figma, and Marvel.

So, sharing is the best option for you when your digital prototype is ready. The following are whom to share with;

5 Common Mistakes to Avoid in Making a Mockup Designs

A mockup design allows you to apply many layouts while also providing a clear picture of the information you've provided.

Prototyping software is especially beneficial in the creation of systems with a high level of user engagement by providing the precise appearance and feels even before the real programme is implemented.

A wireframe is a deliverable that helps you communicate your ideas for web or mobile apps to your clients, stakeholders, and developers.

The motive of creating a prototype in user interface design is to see if the product's flow is responsive and smooth.

4 Best Wireframe Tools for Designers in 2022

Wireframe tools are schematic blueprints that help programmers and designers think and communicate about the structure of the software or product they are working on. The designs you receive from the tools are called wireframes, mocks, or mockups.